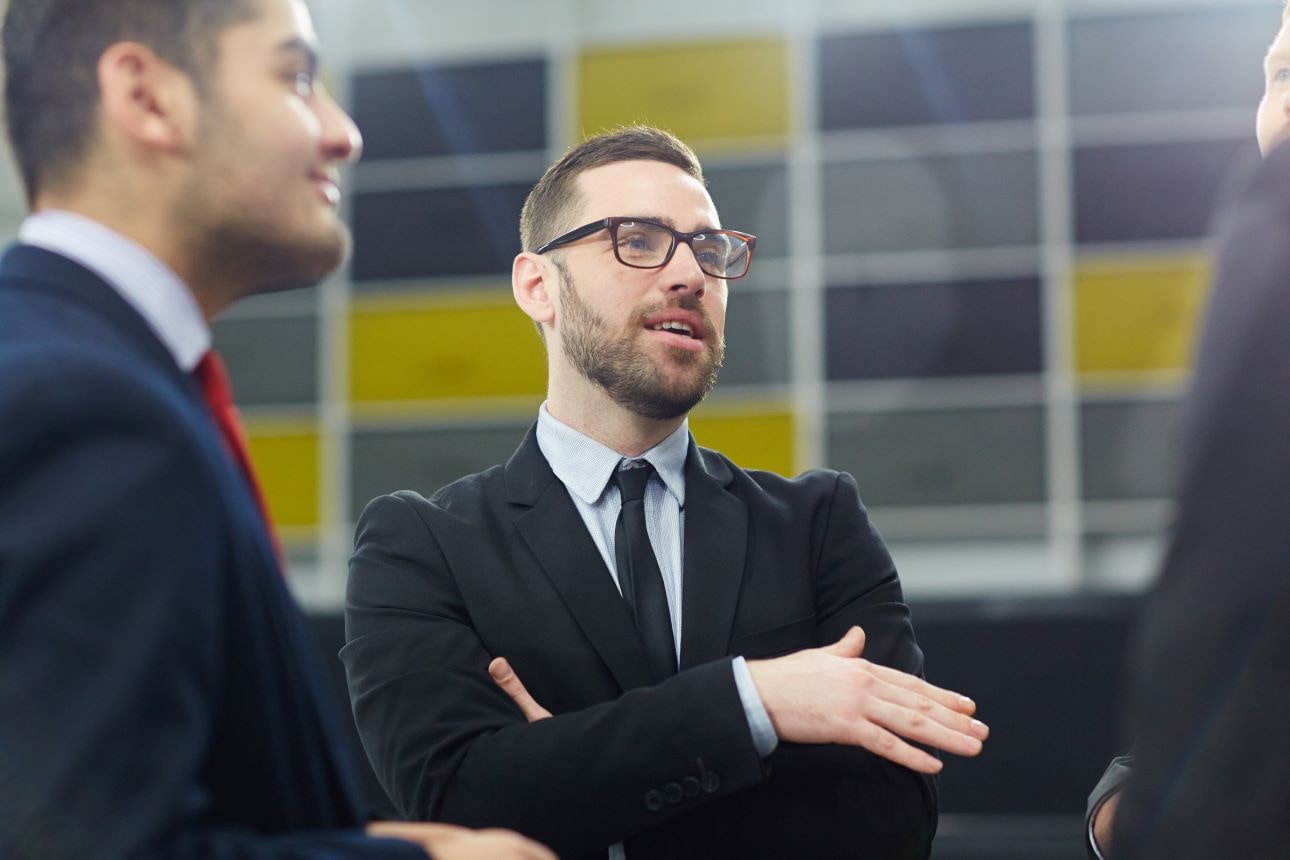 The Most Important Form of Non-Verbal Communication

Language is deceptive. One can say one thing and mean a completely different one or deliberately deceive one’s interlocutors by lying. Fooling someone with body language, on the other hand, is much more difficult because this type of communication is mostly unconscious. From the gestures, facial expressions and general posture of many people it is clear what they feel. You just need to know how to interpret the signals.

Whoever interprets body language correctly has a great advantage in communicating with others. It can in fact adapt to the emotional state of the interlocutor and more easily create an atmosphere of trust during the conversation. An attitude that has positive effects in both private and professional life. In addition, understanding non-verbal cues is the first step in learning how to use your body language in a targeted way. However, it is not a question of deliberately deceiving others, but of reinforcing one’s words by giving an impression of sincerity and self-confidence.

For body language means all signals conscious and unconscious body that provide information on the emotional state or the intentions of a person. All non-verbal expressions of gestures, mimicry, posture and movement are examples of this. Sign language does not count as it is instead another form of expression of our (learned) language system.

But there are also conscious body signals that can be used specifically for communication. By gesticulating you can underline your arguments, mimicry can indicate readiness for dialogue or the need for silence.

Sighing with impatience, rolling our eyes in nervousness, sulking are all actions that betray our feelings, even if they only last a split second. Just as these non-verbal signals are sent out unconsciously, so are they read unconsciously. That is why there are people who we do not like to skin or who appreciate us without us having said anything in particular. In fact, body language is received as we focus on what is being said or wander with the mind.

Alongside the unconscious ones, however, there are conscious body signals, which are acquired and influenced by the cultural environment. We use them in appropriate situations to convey a specific message or reinforce what we say. Typical examples are the raised index finger to say " Attention! ", The raised thumb to express approval or the palms facing the interlocutor to calm a situation or calm emotional outbursts. However, caution is needed, as conscious body language must always be inserted into the cultural context. A certain gesture can have completely different meanings in other continents or in other cultural environments.

Body language strongly influences the perception that one has of a person and how his words are received. Think of the photos or videos of famous speeches: they demonstrate how it is not only the content of a speech, but also the dynamics with which it is presented that contributes decisively to its effectiveness. Among other things, body language makes the audience understand how important the topic is for the speaker and is therefore a decisive criterion for his credibility.

But even in the direct private or professional setting, people are judged by how their body language fits what is said. Nothing is more disorienting than a colleague who says with a petrified expression that he willingly accepts a job or of a superior whose gaze wanders restlessly around the room, while stammering that he finds the idea presented interesting. Such cases exemplify how we consistently interpret body language and often reflect each other’s attitude more reliably than we say in terms of content. An obvious discrepancy between what is said and the body language shown disturbs or annoys the other person.

However, as mentioned above, we must be careful in the conscious use and interpretation of body language in intercultural exchanges, because not all signals have the same meaning all over the world. On the other hand, non-verbal communication offers the possibility of communicating even if you do not speak the same language. In this sense, first of all facial expressions and gestures used instinctively come into play, which are understood all over the world because they are directly related to the basic emotions of the human being. A smile is interpreted almost everywhere as a sign of openness and friendliness. For all other gestures, one should first inquire about the meaning in the respective cultural environment. For example, in Central Europe the thumbs up is usually a sign of approval, but in Australia it is meant as a serious insult.

Body language and the reading of its signals play a very important role in everyday communication. It is characterized by facial expressions, gestures, postures and movements of a person. The following examples demonstrate how even the smallest signals betray our feelings.

Mimicry includes all the emotions that can be read on a person’s face. One of the most important mimic signals is certainly the smile, which allows open communication with strangers, signals friendliness, understanding and joie de vivre, making it the perfect signal at the beginning of a conversation.

Emotions are transmitted largely through the eyes and only amplified by the mouth and facial features. A glance can be interested, absent, loving, hateful, doubtful, curious, or shy – all emotions that can be recognized in a split second.

Brain researchers have found that the areas of the brain responsible for processing memory and thinking and those that control gestures lie next to each other. This also explains why so many people gesticulate while talking, even when they are on the phone and no one can see them. In this case, gestures serve to order thoughts, to make references and to remember correctly. These are unconscious processes that must be clearly distinguished from the targeted gestures of trained speakers, politicians or actors.